Please submit a review of "The Tenant" 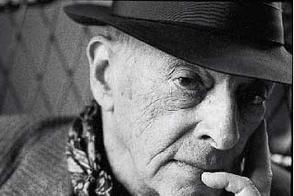 I turned onto 123 Ocean Ave. to a much different scene than was normal. Once there had been a row of nice summer cottages, some winterized, stretching along Southern Maine's pristine shoreline. Now, only one small white cottage with black shutters remained, a lone sentinel, surrounded by hills of excavated earth, ready to be leveled for the next phase of a condominium project. I had been the landlord of these cottages until I sold the properties, for a tidy sum, to a land developer - with the stipulation that I was to see to it that all the current tenants removed themselves by March 21. Things had been going smoothly until Mr. Jonathan Corklin, Corky to his friends, decided to muck up the works. Today was March 21, and by the looks of Corky, who was waving his cane at an irate bulldozer operator, it was going to be a long one.

I pulled my Ford Explorer alongside a yellow John Deere Dozer, got out and waited as dozer operator came over to meet me. Although the wind was strong enough to spray the sand from the ground into my face, this mans' black hair seemed to stick to his scalp, as if the grease on the dozer and his hair were one and the same. He lumbered his huge sweat ridden body over, pulling his red and black checkered flannel shirt away from his chest, which allowed his body odor to nearly knock me down at ten paces.

"Not much good about it," he said as he put his club like fist on his hips, refusing to shake my hand. "Mr. Harden, weren't all the cottages supposed to be empty by today?"

"Yes, but I'm afraid old Corky has been rather difficult. Give me a little time this morning to talk to him. If he won’t leave voluntarily, I've already taken steps to have the State Police come and remove him, " I said while loathing the thought of having Corky hauled off by the Police.

"Well I'll tell you, Mr. Harden, we've worked around that miserable old bastard for three days now. He's in the only house left and it's comin' down today whether he's in it or not. We don't get paid for sittin' around scratching our asses," he finished pointing his meaty finger at my chest.

"Hey look, Mr. Putnam, your crew started early because I was able to convince all the other tenants to leave before the dead line. You were supposed to start today, so consider the work you've already done a bonus. As far as Corky is concerned he'll be out today, but I don't want to hear squat from you until he's gone." I was pleased to see the

shock on his face, which quickly turned into a submissive look as he diverted his eyes to stare at his "Herman Survivor" work boots.

"Alright, Mr. Harden, " he said as he toyed with what sounded like keys in his pea green trousers. "I guess there ain't no harm in waitin' another day to take that Old Duff's house down."

"Thank you," I said, trying to keep a stern tone, masking my relief and satisfaction. I left him to deal with his work crew himself - my problem was Corky.

I walked over to Corky's house and tapped the dirt off my brown leather loafers absently as I rang the doorbell. Corky must have been standing by the door, for it opened before the annoying buzz of the doorbell finished - he must also have been enjoying my exchange with the dozer operator from a nearby window. Corky stood there with his stocky five foot three frame encased in a white t-shirt and jeans, looking at me as a father might look at a child that has just spilled his milk on the kitchen table - with amused frustration.

"Well Jack." he began in a tone of mock surprise. "I wasn't expecting you today. Come in and have a cup of coffee."

I was ready to start barking like a Doberman watchdog - still feeling the anger from my confrontation with Mr. Putnam - but suddenly the anger fell away. I caught the aroma of freshly percolated coffee coming from the kitchen - Corky made the best coffee in Maine - so my temper was eased just a bit. "Sure, Corky, you know the way I like it.”

"Black as the ace of spades, Jack," he said as he stepped aside to let me in. He closed the door behind me and as he made his way into the kitchen, which was off to the left of the small living room said, "I have to keep that door shut. The neighborhood has gotten awful dusty lately." I seated myself on an old divan with a sigh wondering why Corky insisted on making this more difficult than it already was.

I looked over the living room admiring, as always, the beautiful antique furnishings and knickknacks that embellished it. The divan - Corky had corrected me once when I had called it a couch - was soft but not plush, with polished mahogany arms and legs. He had two chairs that matched the divan's light blue patterned material as well as its wood trim. These sat opposite me, with a mahogany magazine rack between them, just beyond a highly polished mahogany coffee table. A redwood china cabinet stood in the corner to the left of the chairs, displaying Victorian gold rimmed cups, saucers, and various sized plates. I knew that was Corky's favorite antique for he never tired of talking about its history. The china closet had belonged to his great grandmother. It had been the only surviving piece of furniture in her house when General Sherman had burned the city of Atlanta almost to the ground during the Civil War.

I noticed, just to the left of the china cabinet, white spots on the wall in the shape of squares - as if picture had been removed - leaving a place where Corky's pipe smoke had never been able to reach. I was trying to remember the contents of the pictures when Corky handed me my coffee.

"It's piping hot, Jack, so be careful not to burn yourself," he said as he sat across from me in one of the matching chairs.

"Corky," I began, dreading the confrontation I felt would follow, "You know why I'm here. We've been over this a number of times. You have to leave. This house is coming down tomorrow." Corky's eyebrows creased as a frown spread across his face. "I've given you every opportunity to leave before this. Hell, I've even offered to give you one of the Condo Units

I'm getting through the sale of this property."

"Well, maybe living in some yuppie muckiity-muck Condo is your idea of happiness, but it sure as hell ain't mine! I can see those prissy bastards now - 'Aw look at the poor old man. Hey Pops, how you doing' - no thanks, Jack."

I sipped my coffee and sighed deeply, realizing that the police seemed to be my only choice. "O.K. Corky. I'm not going to rehash all the old arguments. I've offered you every option I could think of. But one option I can't give you is to stay here. I couldn't let you stay even if I wanted to, I don't own the property anymore."

"A mistake that was too, Jack, selling this beach front property. They'll put up one of those gaudy looking high-rises here, drive up taxes, and ruin the beach." With those last words his face softened. The deep wrinkles lingered though the corners of his mouth relaxed, and he signed deeply. He set down his coffee on the magazine rack and ran his hands through the thin crop of light gray hair. "So, now what are you going to do? Drag me outta here kicking and screaming?"

"No I won't. But if it comes to that, the Police will this afternoon." I took the eviction notice out of my pocket and handed it to him. He looked at it briefly, and then placed it on the table before him.

"So, it's finally come to this has it, Jack. Alright, I know when I'm licked. It's a sad thing though, driving a man from his home of over twenty years. Yep, a damn shame."

Corky had succeeded in making me feel about two inches high. Although my heart ached, my head knew that I did not have any choice in the matter. “I'm sorry, but it really is out of my hands.”

"Sure, Jack. You just keep telling yourself that as you try and sleep at night." He walked over to a tarnished old brass coat rack, took a weathered old lined windbreaker that could have been either blue or a dark grey, tossed it over his shoulder and placed his pipe in his mouth. He lit a wooden match with his thumbnail and put it to his pipe, filling the room with the scent of both tobacco and sulfur. "See you later, Jack. I'll write when I get settled. I'll just address it Yuppie Condo. I'm sure you'll get it."

I shook my head feeling miserable - which I knew was exactly what Corky wanted – and walked to the door and opened it for him. "What do you want me to do with your furniture? I'll store it for you until you want it."

Corky did not answer until he was sitting behind the wheel of his '79 Ford truck, then he looked at me with a strange twinkle in his blue eyes. "Don't give my stuff a second

thought now, Jack. Things have a way of taking care of themselves." He rolled up the window and drove off leaving me wondering what he meant.

I walked over to my car - thinking to call a local moving company to come and take Corky's things to a storage garage - when an eighteen wheel freight truck pulled in followed by a large black Lincoln. As the dust settled down beneath their wheels, a tall grey haired gentleman, wearing a dark blue overcoat, got out of the car and walked over to me. Feeling perplexed as we shook hands I asked, "Can I help you?"

"I hope so. My name is Frederick Johnston of Johnston Antiques. I bought quite a few pieces of antique furnishings from a Jonathan Corklin," said Mr. Johnston looking doubtfully at the one lone cottage. "I should have been here a week ago, but I had some problems with trucking arrangements. Is Mr. Conklin still here?"

I could not help but laugh, "You mean..." I turned to look down the road where only moments before Corky had disappeared. "Why that old scoundrel," I said relieved with the knowledge that old Corky still had a few tricks left in him. I remembered now that the missing pictures were of his family, yellowed with time. I could see him gingerly packing them away as he chuckled on the fine joke he was playing on me. I laughed again and looked at the Antique Dealer's strange confused expression and I thought Old Corky's going to be just fine.